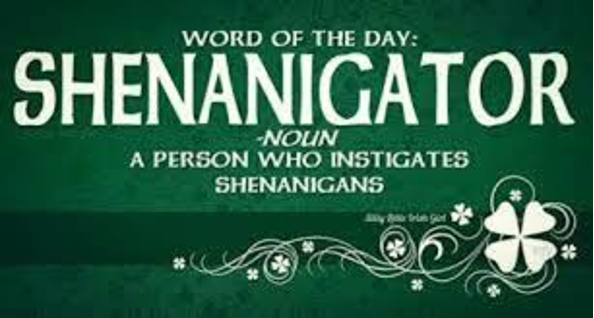 The rule of the artery... Shenanigan popular in the modern short sightedness syndrome, usually instigated by shenanigators...

Some of the followers of late J.M. Littlejohn’s interpretation of osteopathy, tend to promote this amputated and completely decontextualized quote from A.T. Still, and some repeat it religiously like a Mantra, so repetitively, it has become a reality to them, a good shenanigan if it would not be that simplistically… sad.

In his "Philosophy of Osteopathy" from 1899, in the chapter 'The Blood', A.T. Still writes: "The rule of the artery and vein is universal in all living beings, and the Osteopath must know that, and abide by its rulings, or he will not succeed as a healer". In the same paragraph, he adds the Lymphatics to the idea, so a few questions pop up:

Can we start from the premise that Drew, and his family, as most - living on the Frontier, survived by cultivating some crops on the land, raising some cattle and pigs, horses, poultry and hunting, to change the menu a little. That is at least the image he sets in his Autobiography, so let's take it as a premise. 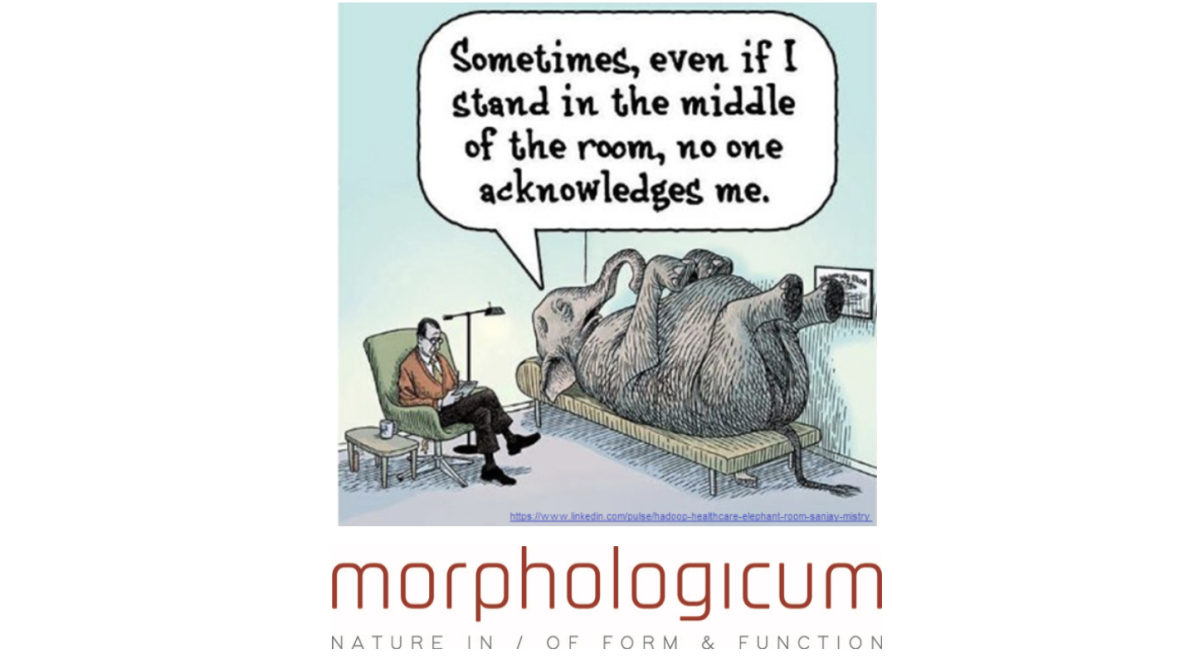 Ok, let us zoom out: in the Preface of his "Philosophy of Osteopathy" the 'Old Doctor' states: "It is my object in this work, to teach principles as I understand them, and not rules. I do not instruct the student to punch or pull a certain bone, nerve or muscle for a certain disease, but by a knowledge of the normal and abnormal, I hope to give a specific knowledge for all diseases."

Combining all of the above, was he not using 'the rule of the artery and the vein and the lymphatics" as an example of the principle “circulation of the fluids, and even simply fluid motion of everything in all dimensions?” I think he did.

If one looks how often this principle comes back in different dimensions, and surroundings: the fascia as preferred hunting ground, the withering fields example, the goat and the boulder, lessons from a tree with its stale life and stale beings, the little stream blocked by dead leaves and branches, ...the cerebrospinal fluid is the highest known element that is contained in the human body etc etc etc.; I am pretty convinced he was talking about the basic principle of circulation or movement of the fluids. ALL FLUIDS, IN ALL DIMENSIONS. Certainly not the blood and most certainly, not “the rule of the artery solely”.

Today, I am even suspecting, that as he was talking about principles, demonstrating them with examples, he was not even talking about the blood - fluids alone but actually it went much further, as a principle, I wonder?

I don’t think so, but a linear logical conclusion.

Now, let's see, if as a principle we can move through the dimensions and see maybe what he really may have meant?

In the different courses of Morphologicum, we highlight some of the dimensions of Still beloved 'FORM' and principles, as the ones I usually teach are "Evolutionary Medicine in the Osteopathic Field, or Evolutionary osteopathy or EVOST" and the "Evolutionary Physiology", the "Visceral Form" ultrasound course and the "The art and science of clinical examination or Evolutionary Physiology applied to Clinic and Form" and finally the "Human Anatomic Dissection", the smartest is maybe to take a few examples of the dimensions out of each course from the point of view of the principle of circulation - motion.

From Biochemistry: Water is the element that, by its polarity divides the world of chemistry of the living into polar and apolar elements (hydrophilic and hydrophobic), water is too often taken for granted, it is the organizing motor, and in the end the basic means to biologic motion!

Proteins mainly self-organize, but it is for a big part the water environment in which this happens, that is dictating the how to fold the amino acid chain on itself, later in the really big boys, the Chaperonins help finishing the correct protein folding. It is because of the apolar groups in a protein that water makes it stick into the cell membrane, anchored so to speak. As soon as there is no water on each side of the membrane, the whole architecture falls apart. Water is everywhere and performs its involuntary structuring - automotive role because it behaves as one system, as such moving all over as a whole if there are physico-chemical polarities in it.

From Cytology: Being a combo of biomolecules in a certain configuration, keeps all the precedent characteristics and adds new emergences by the jump in complexity and dimension. Mitochondria for example, in the eukaryotic cells, heat their direct environment up to 49,8°C, so each Mitochondrium, in each cell behaves like a heater in a central heating system, it makes the immediate surrounding water, expand and move.

Practically every organelle in action takes matter out of its cytoplasmatic environment and throws other stuff in it, by these actions changing the osmolarity constantly, and thus enhancing the motion of water, locally, regionally and finally systemically. The water pores in the cell are the open gates, that transduce the effects from dimension to dimension to the whole.

From Histology: Being a combo of cells in a certain configuration, keeps all the precedent characteristics and adds new emergences by the jump in complexity and dimension. The matrix of the inner tissue (connective tissue in modern histology) is diluted in the water, and especially the sugar functions of it bind a part of the water molecules, making the whole still fluid but a little viscous.

Environmental conditions will make the matrix polymerize more or less, shifting by that, the permeability towards viscosity. These shifts make the whole: water and matrix more fluid or gel like, all depending on the local circumstances, which influences the cells and their matrix and or fiber production. Hence, changing the aspect of the whole form, permitting more motion or just less or slower.

The frontier tissue, or all cellular membranes and glands, neurons included, are completely dependent on the permeability of the inner tissue for all their exchanges, as such the inner tissue is indirectly steering the frontier tissue's metabolism, depending of its structuration or polymerization condition. The buffer, being the lamina reticularis, which is almost like more or less structured marsh between the two tissues inner and frontier.

From Anatomy or organically: An organ being the combo of both frontier and inner tissues in a certain configuration, keeps all the precedent characteristics and adds new emergences by the jump in complexity and dimension. A relatively simple organ is a blood vessel, a good start.

Blood vessels absolutely follow the principle of function or behavior creates structure, and when the structure forms, it directs or steers the behavior or function. When we look at this from a formative aspect, it is incredible to see how this principle pervades through all the dimensions or complexity levels. The vessels (whatever the caliber) form around the fluid in motion which maintain a certain continuity, for the ease we call them 'Fluid' trajectories. As such the function-behavior of fluid in motion with a direction, gives a form to the environment, the cells closest to the stream will replicate and eventually differentiate and enclose the trajectory into what we call a vessel. Like Still's example of "the withering fields" the little streams carve into the field, here in the vessels the cells are not carved away but adapt their numbers and shape to the trajectory, enclosing it gradually. Once the form vessel is a fact, it changes the whole environment, as the flow is now stressing less its surroundings by pressure and friction amongst others, the viscosity of the whole surroundings changes, permeability overcomes viscosity in steps or layers. This is extremely visible thanks to electron microscopy, corrosion casts, and fluid dynamics as fields and tools of research.

A nice combination of several dimensions:

The other day, I had a relatively young adult patient with a really weak fluid drive (CSF), and an extremely hypotonic stomach (Traube’s space as big as my whole hand), and very poor kidney function (tensed - congested), with clearly signs of a completely deranged Calcium-Magnesium balance (hypersudation, night sweat, muscular cramps in rest lying down, worst in the lower Caval system: calves and feet, increased gasses in the gastrointestinal tract, smelly breath etc.). He told me as he was suffering from GERD his GP was prescribing him omeprazole since years (an irreversible Proton pump inhibitor). Now physiology teaches us that omeprazole as proton pump inhibitor is not just inhibiting but blocks irreversibly the pump enzymatic mechanism for as long as it is present in the system. Which is hitting the CSF production hard on the choroid plexus and also, as the exchanges in the nephron, as such hitting hard all the fluid management in this patient. Whatever systemic fluidic interventions would not and could not work. Dietary adaptions targeted on the duodenal mucosal membrane and bile function, with osteopathic treatment after 14 days did the trick. In Still’s language style of the withering fields: “if the rain is scarce, and the sun harsh, fields will wither”

In which the scarce rain represents the water management by the choroid plexus and kidneys, the sun harsh, is working under home-work stress levels which are typical now in 2021, mostly on the computer with meager social exchange and little movement.

The “LAW of the artery rules”, not literally, I think.

There were many levels of organization and interaction, long before the artery made its appearance on the scene: think hierarchy and chronology a little more …

Life as a verb